We are extremely proud and excited to have the privilege of presenting to you this unique and haunting work of art in sight and sound. Showing what a true artist he is, Vrhovny takes personal experiences and explores the realm of dreams and the subconscious. The scope and depth of Vrhovny's vision is one that stands out in the world of avant-garde video and his execution is matchless.


The track 'The Grand Search' is a composition conceived for the first STRUCTET appearance in 2006, The Hague. I used parts of the 45 minute material and assembled an 18 minute track.

The video itself was shot on a boat while traveling from Dutch shores to the island of Vlieland in the north sea.

It was shot with an hand-held DV camera and post-produced adding it a 'warmer' tone. initially, I took the camera to record the engine noise (later incorporated into the score), but mainly to overcome my anxiety of boat-travel., something to keep me busy while working out disaster scenarios in my head and find the best spot on the boat if any of them happens at all. -Vrhovny

Below you will get a taste of the audiovisual art contained herein: 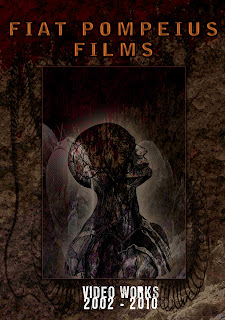 This collection of videos is truly a view into the development of a master's work. We are immensely proud to have the privilege of releasing this beautifully produced collection on DVD. Many of you have long known Vrhovny's video genius, and those of you who have the CHORONZON - ZIGGURAT OF DEAD SHIBBOLETHS DVD have experienced his video art.


From humble single-shot videos made while attending the Royal Academy of Visual Arts in The Hague, to full-blown abstract collages tailor-made for CyberfArts artists and other bands I've appreciated over the years. -Vrhovny (2012)

Just check out the list of artists for whom these mind blowing visuals were created: 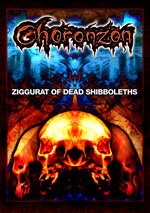 Our first DVD offering, and it's a juggernaut! What we have here is the entire Ziggurat of Dead Shibboleths album in video. Visualizations of this monster lovingly crafted by the genius Ferenc Teglas achieves the perfect necrofuturistic visions to match the soundscape.