Covering most of the fourth quarter of 2013, the incomparable Jarboe embarks on a tour with P. Emerson Williams on acoustic guitar that will literally encircle the globe. Starting as part of an incredible lineup of artists at Stella Natura: The Light of Ancestral Fires, Sierra Nevada on 9/22 and on to 16 Tons Club, Moscow, Russia 12/21. (New dates added below.)

Jarboe's current performance is melodic and honest emotional vocals with solo acoustic guitar in raw "unplugged" rock based songs. The tour features songs from the 2013 self-released DREAMS cd, as well as songs from the INDEMNITY series - to be released on vinyl in September by Burning World Records (Netherlands). 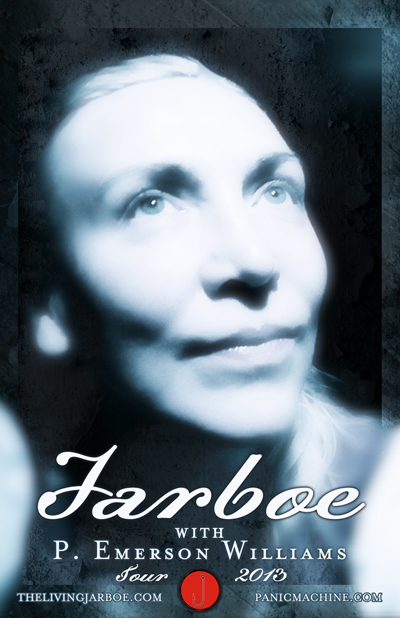 Her voice and music can be at turns innocent, knowing, seductive, & vitriolic - in melodic as well as experimental compositions. A primary objective for Jarboe is to close in on the gap in the audience/performer relationship. Jarboe's agenda over the course of her life has been to fine tune endurance - physical, emotional, and spiritual. 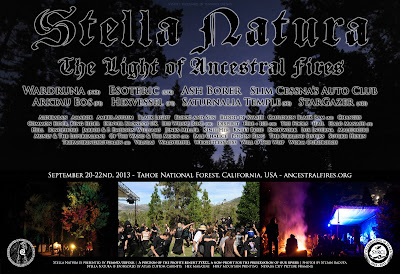 P. Emerson Williams is a multi-media artist delving in music, art, writing, and video. More people listen to the sounds of P. Emerson Williams every day than realize it, for much of it is embedded in extensive transmedia projects past and ongoing. A visionary artist and an illustrator, his work takes projects spanning physical and digital media, genres and modes of performance to strange realms. With Choronzon, Williams straddles the worlds of industrial music and black metal, electronic dance to dark Americana to pure goth with Veil of Thorns as well as adding elements of his sonic alchemy as a spice to projects with Sleep Chamber, Manes and more extensively as half of the creative core of kkoagulaa with cern.th.skei from Manes. Upcoming collaborations include playing cello on UK black metal band Ethernal's upcoming third album and subverting the nature of guitar playing with industrial noise merchants Dead Skull.

Scott Kelly live in a cave