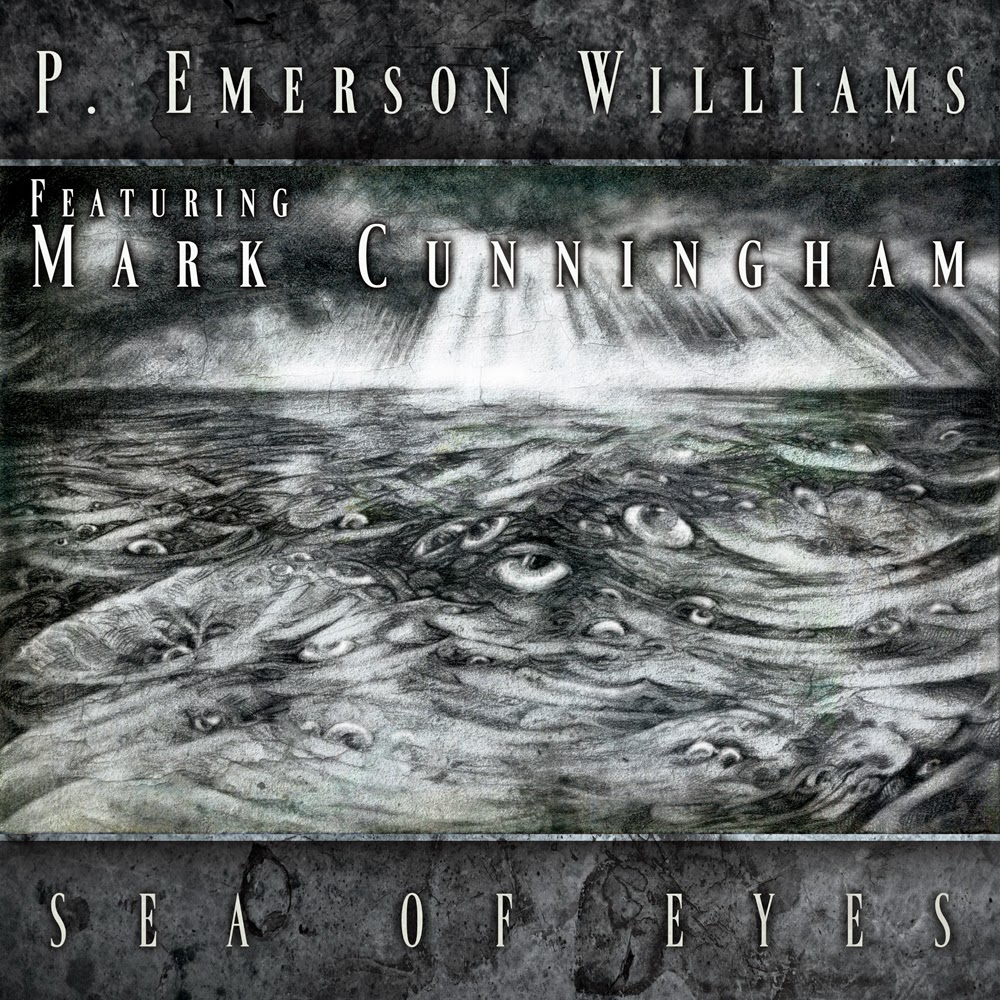 The great 'zine Terra Relicta will be premiering the first track from Sea Of Eyes EP later this month. We'll spread the word when they do, though you would be well served to always check out the site and follow them on G+, Twitter and Facebook.

In 1997 recorded sole solo work "Blood River Dusk" , with assistance from Silvia and inspiration from Cormac McCarthy´s Blood Meridian, of which The Wire wrote the following: "Death blows through the new trumpet music of former New York No Waver Mark Cunningham like the desert wind whistling through the empty eye sockets of a skull."
Along the way collaborations with many like and unlike minded persons and bands such as Christian Marclay, Rudolph Grey, Lydia Lunch, Fist of Facts (ex-liquid liquid), Jim Thirlwell (Foetus), Bewitched, Jakob Draminsky, Superelvis, Pascal Comelade, Mil Dolores Pequeños, Butch Morris, Etant Donnes, and most recently as a floating member of Thee Majesty, the new group of Genesis P-Orridge..


About P. Emerson Williams:
P. Emerson Williams is a multi-media artist delving in music, art, writing, and video. More people listen to the sounds of P. Emerson Williams every day than realize it, for much of it is embedded in extensive transmedia projects past and ongoing. A visionary artist and an illustrator, his work takes projects spanning physical and digital media, genres and modes of performance to strange realms.

"Given P. Emerson Williams extensive track record of cross-medium and genre art over the past thirty years, it is likely he will become an underground legend. This may have occurred already, yet given his reclusiveness, it’s unlikely he would notice." -James Curcio, author of Fallen Nation, Join My Cult and The Immanence of Myth
P. Emerson Williams is a Necrofuturist Highwire Artist – Dr. Hyatts Black Book Omega, The Original Falcon Press, 2009