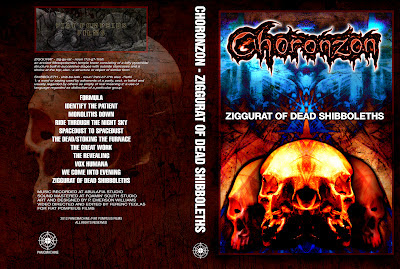 
Our first DVD offering, and it's a juggernaut! What we have here is the entire Ziggurat of Dead Shibboleths album in video. Visualizations of this monster lovingly crafted by the genius Ferenc Teglas achieves the perfect necrofuturistic visions to match the soundscape.