PANICMACHINE Artists In The Mix

The dog days of summer is always a tough time for creative businesses, and more so for one within months of its founding on no budget at all. By supporting us you are literally keeping artists from being homeless and for that we are grateful. We have much to come from now through the end of the year, but for today, we would like to highlight some of the spins our artists have been getting on terrestrial radio and internet broadcasts. You should follow and support every one of these remarkable curators of adventurous music, and what you see and hear below makes this point more eloquently than words ever could: 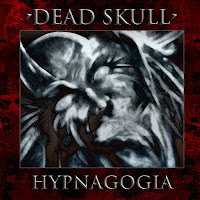 Included in the first post-vacation episode is a track from our very own Dead Skull! As always this episode of Kicks Extreme Radio brings you a ton of great music and thorough info on the music you're hearing! On the Kicks Playlist post site you can stream the episode from the sidebar.

The Darklord Radio Show "A Game Of Two Halfs"

I am the founder of Nightbreed Recordings, the founder of the Nightbreed Recordings mail order service which was instrumental in the 90's and early 2000's UK gothic scene. I was in Every New Dead Ghost, I was the originator of Midnight Configuration and I am now in Death Party UK (my official side project) and am in Arcane Winter. I was also one of the founding fathers of Nightbreed Radio and I also was the main visionary behind the 90's Gothic fetish event The Carnival Of Souls. I am also a professional lecturer in Music Technology. -Trevor Bamford

The Darklord Radio Show airs every Friday on www.party934.com at 8-9 pm UK time. Tune in, turn on, Goth out!