Kicks Extreme Radio are back this week with another fantastic episode that will drag you through swamps, dungeons and the fiery pits (and you'll love the sweet, sweet torture). Sounds cover the range from raw black metal to funeral doom to industrial and avant-garde of many stripes.

Included in this playlist is Nox 210 from the Tactical Magick Technology split with Choronzon. You should bookmark the site and listen in to Kicks Extreme Radio every week. Always excellent, always challenging, always informative. Check out the show, look around and listen to the many great interviews, 210 and counting. 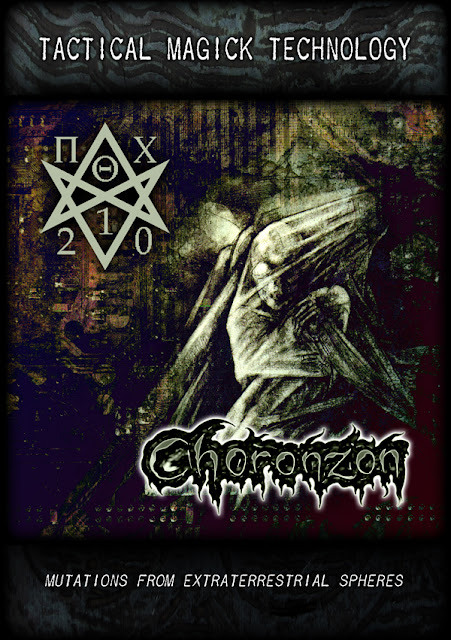 Kicks is a weekly radio show on Radio Centraal in Antwerp, Belgium. In every episode, you get two hours of great variation brought to you your charming and knowledgeable hosts.


Tactical Magick Technology breaks down language and the defences of the psyche. Breaking down the psyche as developed through socialization removes the limits of mind and between minds.

And again, you should head over to http://kicksextremeradio.com/blog/2012/05/30/playlist-kicks-30052012/ where you will be able to stream this week's show, as well as explore the extensive show archives and you will find links to free releases by artists played in this episode.
at 10:25 AM